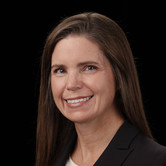 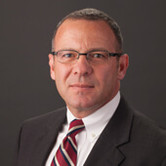 Keith Teague joined Tellurian in 2016 to serve as Executive Vice President and Chief Operating Officer. Keith previously served at Cheniere in a variety of roles, most recently as Executive Vice President, Asset Group; and previously as Senior Vice President-Asset Group; President of CQH Holdings Company, LLC (formerly known as Cheniere Pipeline Company); Vice President-Pipeline Operations; and he began his career with Cheniere in February 2004 as Director of Facility Planning. Before joining Cheniere, Keith served as the Director of Strategic Planning for the CMS Panhandle Companies. He began his career with Texas Eastern Transmission Corporation where he managed pipeline operations and facility expansion. Keith received a B.S. in Civil Engineering from Louisiana Tech University and an M.B.A. from Louisiana State University.

Kian Granmayeh was appointed as our Chief Financial Officer in March 2020. Previously, Kian served as Director of Investor Relations since August 2019, Director of Special Projects from July 2019 to August 2019 and as a consultant to the Chief Financial Officer from January 2019 to June 2019. Prior to joining Tellurian, Kian worked at Apache Corporation where he served as a Manager in the Investor Relations and Strategic Planning groups from May 2014 to February 2018. Prior to Apache, Kian served as a Vice President, and earlier as an Associate, at Lazard in their oil and gas investment banking group from 2009 to 2014, during which time he advised on a broad range of advisory-focused transactions, particularly around mergers & acquisitions, restructuring and debt and equity capital raises. Kian holds a B.A. in Neuroscience & Behavior from Columbia University and an M.B.A. from Rice University. 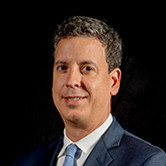 Daniel joined Tellurian in October 2016 and serves as General Counsel. Daniel served at Cheniere Energy, Inc. as Vice President, Tax and General Tax Counsel, Tax Director and Domestic Tax Counsel. Daniel began his career in public accounting after he received his Bachelor’s degree and Master’s degree in Accounting from Texas A&M University.  He then went on to obtain his law degree from the University of Kansas School of Law and his LL.M. from the Georgetown University Law Center. Daniel is currently affiliated with the American Bar Association, Houston Bar Association and also serves on the Board of Governors at the University of Kansas School of Law.

Amos joined Tellurian in 2017. Prior to joining the company, Amos served as the U.S. Special Envoy for International Energy Affairs and led the U.S. Department of State's Bureau of Energy Resources. As the U.S. "Energy Diplomat," Hochstein oversaw global U.S. energy foreign policy engagement and advised the Secretary of State and the Vice President of the U.S. on global energy markets. 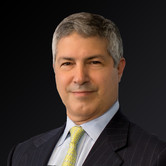 EVP of Upstream and President of Tellurian Production Company

John Howie has over three decades of experience managing and investing in upstream energy assets, deploying ~$2 Bn in equity and debt across 80 + companies and projects. He was most recently president of Impact Natural Resources, a private upstream company with production in the Gulf Coast and Permian Basin and evaluations in select North American basins. He was a Founder of Parallel Resource Partners and a member of Board of Managers and the Investment committee of the $700 million private equity fund. He led Goldman Sachs E&P Capital, a staff of technical and financial professionals, investing over $1 Billion in upstream opportunities. He served as a Managing Director at EnCap Investments and held engineering, finance and management positions with Range Resources, Apache, and Amoco. John has a B.S. in Chemical Engineering from New Mexico State and is a Professional Engineer in the state of Texas, member of Society of Petroleum Engineers, The Society of Petroleum Evaluation Engineers and the Houston Producers Forum. 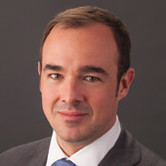 Tarek Souki joined Tellurian as Senior Vice President - LNG Marketing and Trading in August 2016. Since joining, he has created the marketing team tasked with commercializing the Driftwood Project.  Additionally, Tarek has overseen the build out of Tellurian’s LNG trading group. Prior to Tellurian, Tarek was VP of Finance and Business Development at Cheniere Marketing in charge of finance for the marketing and trading group.  He also led the build out of the middle and back office functions for Cheniere’s trading desk.  Before Cheniere, Tarek spent 14 years working in the banking industry, including most recently at Credit Suisse in New York and London. There he specialized in corporate and project finance for the resources sector.  He holds an MBA from the University of Southern California and a BA in Economics from the University of California, Irvine.