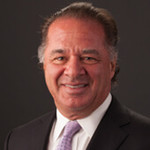 Executive Chairman of the Board

Charif co-founded Tellurian and serves as Executive Chairman of the Board. He also founded Cheniere Energy, Inc. in 1996 and served as Chairman of the Board of Directors, Chief Executive Officer and President until December 2015. Prior to Cheniere, Charif was an investment banker. He serves on the board of trustees of the American University of Beirut and as a member of the Advisory Board of the Center on Global Energy Policy at Columbia University. Charif received a B.A. from Colgate University and an MBA from Columbia University. 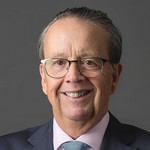 Following his studies which commenced with a bachelor's degree in geology from Newcastle University in 1979 and then a petroleum geology master's degree from Imperial College London in 1983, Martin was employed by BG Group plc and its predecessor companies, retiring after 32 years in February 2014 as chief operating officer and a member of the board of directors.

He's managed all forms of enterprise in the energy industry, has established a strong external reputation in the international gas business and is largely credited with being the key architect of BG Group's world class LNG business. In recognition of this, in 2011 he was the first recipient of the CWC LNG Executive of the Year award.

He was previously (2004 - 2009) a non-executive director of Severn Trent plc, an integrated water and environmental company. He is a former director of SIGTTO, the international organization representing gas tanker and gas terminal operators worldwide. From 2008 to 2014 he was the GIIGNL regional vice-president for the Americas. Between 2015, and 2018 he was the chairman of TPH International, a boutique investment bank based in Houston, Texas.

In January 2014, he was appointed as a non-executive director of BUPA, an international healthcare group. He sits on the nominations committee and is chairman of the remuneration committee.

In June 2014, he was appointed a non-executive director of CCC Energy, a private E&P company with 40,000 bbl/d oil production in Oman.

In February 2016, he co-founded Tellurian Inc. with Charif Souki and is now the vice chairman. Tellurian is developing a ~27.6 mtpa LNG export project in Louisiana.

In June 2016, Martin was appointed as vice-chairman of Hakluyt North a company which provides independent, strategic advice to the world's leading multinationals and financial institutions on complex issues.

In February 2018 he was appointed by Moelis and Company as Chairman of its global energy group.

Martin's other activities include: 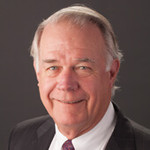 Dillon J. Ferguson is a partner at Pillsbury Winthrop Shaw Pittman LLP in its energy and litigation practices. Mr. Ferguson focuses his practice on oil and gas law, with an emphasis on both transaction and litigation matters. His clients are comprised of companies and individuals who are engaged in oil and gas activities, including exploration, production, processing, transportation, marketing and consumption. Mr. Ferguson has been a partner at Pillsbury Winthrop Shaw Pittman LLP since May 2016. He was a partner at Andrews Kurth LLP from 2001 to May 2016. Mr. Ferguson earned his B.B.A. from The University of Texas at Austin and his J.D. from South Texas College of Law. 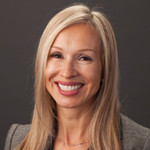 Ms. Diana Derycz-Kessler is a private investor with holdings in a variety or sectors including oil and gas. Related to her investments she has taken on active operational roles, including special counsel to Bristol Capital Advisors and a 17-year tenure as CEO of the media arts college Los Angeles Film School. Ms. Derycz-Kessler's early career began as a lawyer in the international oil and gas sector working for the law firm Curtis, Mallet, Prevost, Colt and Mosle, and subsequently for Occidental Petroleum. She worked out of New York, Mexico and other Latin America countries. Ms. Derycz-Kessler launched her private practice with a focus on oil and gas, investments, and capital raising representation. In 2000, she and her husband founded their investment advisory firm which led her to her current role as an investor. Ms. Derycz-Kessler became a leader in UNESCO's TeachHer program, a private public sector partnership bridging the global gender gap in education. Ms. Derycz-Kessler holds a Law Degree from Harvard Law School and a Master's Degree from Stanford University and a bachelor's degree from University of California, Los Angeles (UCLA). She is a member of the New York State Bar Association, the State Bar of California and the American Bar Association. 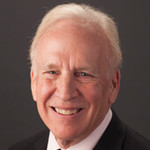 Brooke Peterson has been involved in resort development and real estate for over 35 years in resort areas all over the United States and the rest of the world, including Colorado, New Mexico, Idaho, California, and South Carolina, Australia, New Zealand, and Ireland. He has also participated in the development of commercial and residential property in the urban areas of Colorado. Mr. Peterson also serves as a trustee of several trusts of high net worth families, is involved in non-profits, is the Municipal Judge of the City of Aspen, is a member of the Colorado Bar Foundation, and in his capacity as a Manager of Aspen Blue Sky Holdings LLC and its affiliated companies, is presently involved in a development project in Sun Valley, Idaho. In addition, Mr. Peterson serves as a Manager of Ajax Holdings LLC and is CEO of Coldwell Banker Mason Morse. He previously served as the President of the Aspen Valley Ski Club, on the Board of Trustees of the Aspen Valley Community Foundation, and as an arbitrator and mediator through the offices of the American Arbitration Association. 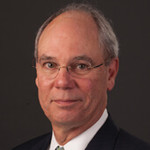 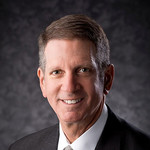 Jonathan Gross is an oil and gas consultant and his company Jexco LLC provides upstream exploration and geological services. Formerly, he was a Senior Vice President of Energy Partners, Ltd., and also worked at Kuwait Energy Company and Cheniere Energy. He served on the Board of Directors for Cheniere Energy Holdings from 2014 to 2018. Mr. Gross is a Certified Geologist. 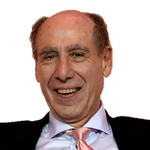 Jean Abiteboul is President of GIIGNL, the Paris- based International Group of LNG Importers founded in 1971. GIIGNL has 86 member companies headquartered in 27 countries, and GIIGNL members handle more than 90% of LNG imports worldwide. He is an engineer and was formerly President of Cheniere Marketing Ltd and an Executive Officer of Cheniere Energy, Inc. Mr. Abiteboul began and spent the majority of his career at Gaz de France (now Engie), serving in various executive capacities and on various boards. 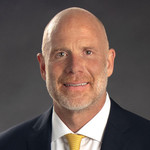 Mr. Bennett is a former senior executive in the energy industry with 30 years of industry, investing and banking experience. He currently serves on several boards and assists private equity firms with their energy investments. From 2013 to 2018 James served as President and CEO of SandRidge Energy Corporation, Inc (NYSE: SD) and as its Executive Vice President and Chief Financial Officer from 2011 to 2013. Prior to joining SandRidge, Mr. Bennett was Managing Director and Partner for White Deer Energy, an energy private equity fund focused on the exploration and production, oilfield service and equipment, and midstream sectors. Before joining White Deer Energy, Mr. Bennett was employed by GSO Capital Partners where he served in various capacities, including as its Managing Director. Mr. Bennett’s other positions include CFO of Aquilex Services Corp, energy investment banker at Donaldson, Lufkin and Jenrette and analyst at NationsBank. Mr. Bennett graduated with a Bachelor of Business Administration degree with a major in Finance from Texas Tech University.

Mr. Bennett is a current board member and Chairman of IOG Resources, LLC and a board member of SN EF UnSub L.P. and Kimray Inc. He has also served on the board of directors of Tapstone Energy Inc. (Executive Chairman), Energy Alloys Inc., SandRidge Energy Corporation (NYSE: SD), Cheniere Energy Partners L.P. (NYSE: CQP) and PostRock Energy Corporation (NASDAQ: PSTR). Current non-profit board memberships include the Foundation for Sunbeam Family Services and ReMerge. 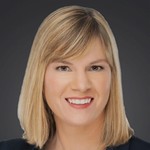 Ms. Harvey is the Founder and President of ARM Resource Partners, a joint venture making energy investments, and serves as Chairman of the Board of Falcon Minerals Corporation, a public company which owns and manages mineral interests in the United States. She was previously Founder and Chief Executive Officer of Gryphon Oil and Gas, LLC, and served in key roles at Pine Brook Partners and TPH Partners.